The myth of ‘de-energized work’
Many people claim they “don’t work energized,” and so they don’t need NFPA 70E or personal protective equipment. Is this accurate? What do OSHA and NFPA 70E consider “energized work?”
Friday, September 9, 2022
Section: Safety News 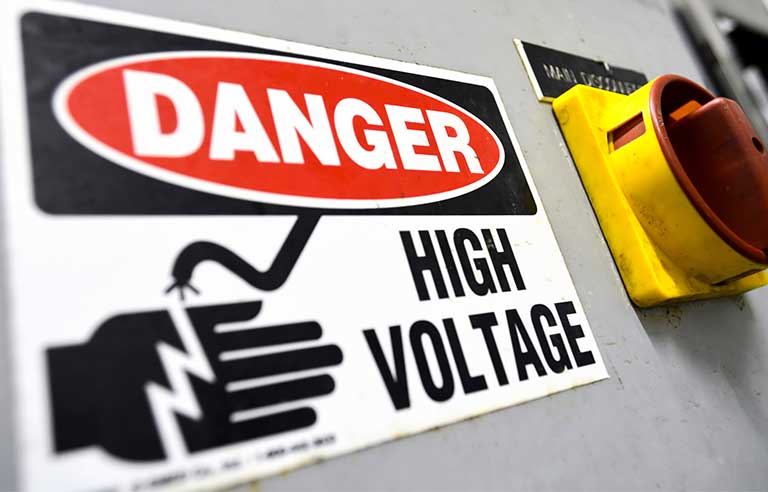 The myth of “de-energized work” is an issue primarily for commercial, industrial and residential electrical work in the United States, not utility transmission and distribution. Dozens of workers suffer severe or fatal burns every year as a result.

Unless you’re pulling wire in new construction not connected to the grid and with no temporary power, some portion of virtually every job over 50 volts is energized work.

The term “de-energized” is widely misunderstood. De-energizing itself is energized work, as is confirming the absence of voltage; when the task is done, re-energizing is energized work, as is confirming the presence of voltage. Lockout/tagout and “de-energized” are not the same, and NFPA 70E – the National Fire Protection Association’s standard for electrical safety in the workplace – refers to establishing an electrically safe work condition, which also involves more than “de-energizing.”

OSHA maintains that all work being performed on electrical equipment is considered energized, with all necessary shock and arc-flash personal protective equipment being worn, unless the employer has conducted and documented in writing a thorough, accurate hazard analysis that definitively demonstrates that all of the steps in the lockout/tagout procedure have been accomplished and that no reasonably adjacent energized equipment poses a hazard.

As previously noted, de-energized isn’t the same as lockout/tagout, and most tasks thus described would fall under OSHA’s definition of energized work. Equipment and circuits are either energized or are fully under lockout/tagout. This recognizes that de-energizing is one step in lockout/tagout, rather than being considered free of an electrical hazard. See 1910.333(b)(1), which states that “conductors and parts of electric equipment that have been de-energized but have not been locked out or tagged in accordance with paragraph (b) of this section shall be treated as energized parts, and paragraph (c) of this section applies to work on or near them.”

NFPA 70E 130.5(A) sets the requirements for an arc-flash risk assessment: identifying arc-flash hazards; estimating the likelihood that an injury could occur and the potential severity of that injury; and determining the need for protective measures, including the use of PPE. NFPA 70E Table 130.5(C) provides estimates of “the likelihood of occurrence of an arc-flash event to determine if additional protective measures are required” for various tasks. In other words, the table identifies tasks that pose substantial arc-flash hazards to workers. Appendix E to 1910.269 and Appendix E to Part 1926, Subpart V provide a similar, but simplified, table. Source: https://www.safetyandhealthmagazine.com/articles/22840-the-myth-of-de-energized-work