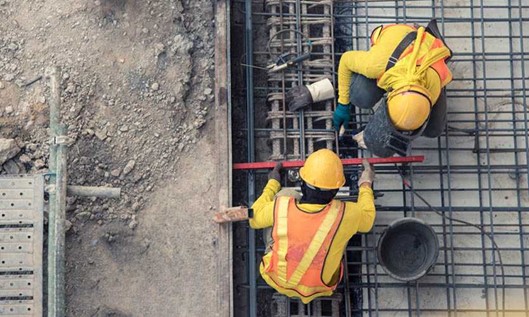 The U.S. Occupational Safety and Health Administration is increasingly concerned about suicides and opioid-related deaths in the construction sector, according to agency officials. The construction sector has one of the highest rates of occupational fatalities, with a rate of 9.5 fatalities per 100,000 workers and was responsible for 18.9% of the 5,147 workplace fatalities that occurred in 2020, according to the U.S. Bureau of Labor Statistics. The vast majority of construction fatalities are related to four major hazards: falls, electrocutions, struck by objects or caught in or between objects, according to OSHA. However, self-inflicted intentional injuries were responsible for 25 fatalities in the construction sector in 2020, according to BLS data. The issue of suicide in the construction industry is “very concerning,” Loren Sweatt, deputy assistant secretary of labor for OSHA, who has been running the agency on an acting basis, said on Wednesday during a meeting of the reconstituted Advisory Committee on Construction Safety and Health in Washington, D.C. “It’s a situation here at the agency where you’ll never know if you have touched the person because something bad did not happen, but I would really like to think the more information we can put out there … that we can reach the person that’s in crisis and help those folks.” Both suicides and opioid addiction are affecting the construction sector, said Scott Ketcham, acting director of the directorate of construction at OSHA. The construction industry has one of the highest injury rates when compared with other industries, and opioids have commonly been prescribed to construction workers to treat the pain caused by these occupational injuries, according to OSHA. The agency is looking forward to receiving input from the advisory committee on these issues as it sees itself as a conduit for “helpful” information on such hazards, he said. Opioid-related risks are “something that has been brought to our attention and we’re aware of and we’re certainly going to do what we can in regards to looking at that and giving advice to the industry and compliance-assistance type efforts that we can do to bring this issue to a head so that people are aware of it,” he said. “We’re going to do whatever we can to help out.” Health and safety professionals are beginning conversations about how to address suicide, which is a growing workplace safety concern that goes beyond typical fall protection and chemical hazards. In 2016, the BLS recorded a peak of 291 workplace suicides in its 25-year tally. The number dipped in 2020 to 275, but has generally shown a gradual climb over the past decade, according to BLS statistics. Meanwhile, unintentional overdoses due to nonmedical use of drugs or alcohol while at work rose 25% to 272 in 2020, marking the fifth consecutive year in which unintentional workplace overdose deaths have increased by at least 25%, according to BLS data. Employers must shift their mindsets from disciplining workers with substance abuse problems toward prevention and treatment to address the alarming increase in the rate of fatal overdoses in the workplace, safety experts say.