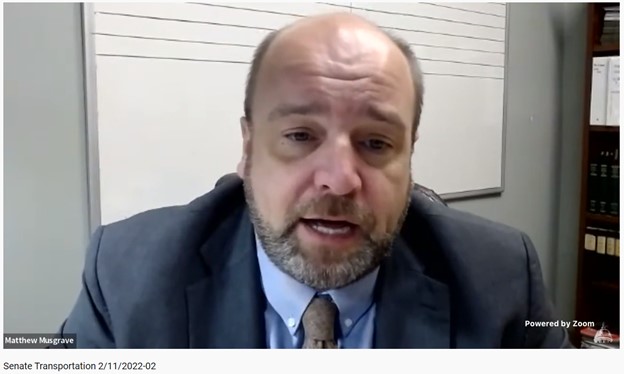 Governor Scott has vetoed H.157 which would have required residential home contractors to register with the Office of Professional regulation. AGC/VT has weighed in many times on the bill to ensure that members would not be impacted by this legislation by exempting licensed professionals on behalf of VIECA members and sub-contractors working for a GC. Scott said that the bill would hurt small contractors trying to start businesses by the insurance and contract requirements in the bill. The House has the bill on the calendar for an override attempt but with an 82-yea vote in the original passage it will be difficult.

AGC/VT was called in this week to discuss the lighted flagger paddle pilot program which began in the summer of 2021. The Senate Transportation Committee introduced the provisions to the earlier year transportation bill and had just received a report from VTRANS halfway through the 2 year pilot program. The results from VTRANS showed that there were some additional burdens due to maintenance and batteries but did not have much evidence of improvement of driving in the work zone which is hard to quantify in such a short time. Matt Musgrave reported for AGC/VT that in order for the association to support the program it must be heavily funded, that all work zones are included in the program not just VTRANS, and that there must be a method to continue work if the lights break. He then went on to focus on work zone traffic enforcement as a priority for AGC/VT.   The AGC/VT Government Affairs Committee met this week. One of the topics discussed was a bill that had passed out of the House which included a provision requiring companies who remove 5000 or more gallons of surface water for use would have to register with ANR and report annually on usage. The bill was originally intended to address uses of water between different basins in Vermont but expands to include the water regulation which will require permitting in 2026 if the bill becomes law. Surface water as defined in the text includes rivers, streams, creeks, natural ponds and lakes but does not include water drawn from a well, spring or purpose-built storage pond. After surveying members including the concrete and road work members there are mixed uses. For the most part it appears that most concrete producers are drawing water from a well or spring, but road workers using water in rollers or to mitigate dust may and do use water from various sources. A motion was made and carried by the committee to oppose the bill unless specific exemptions are added to road workers and other users working with state entities.

If anyone from VIECA would like to attend the AGC/VT Government Affairs committee please reach out to matt@vieca.org. Also, we would like to hear from any members who would like to participate in a VIECA Advocacy Committee that will not only track legislative processes but will also monitor changes at the electrical board and other agencies.