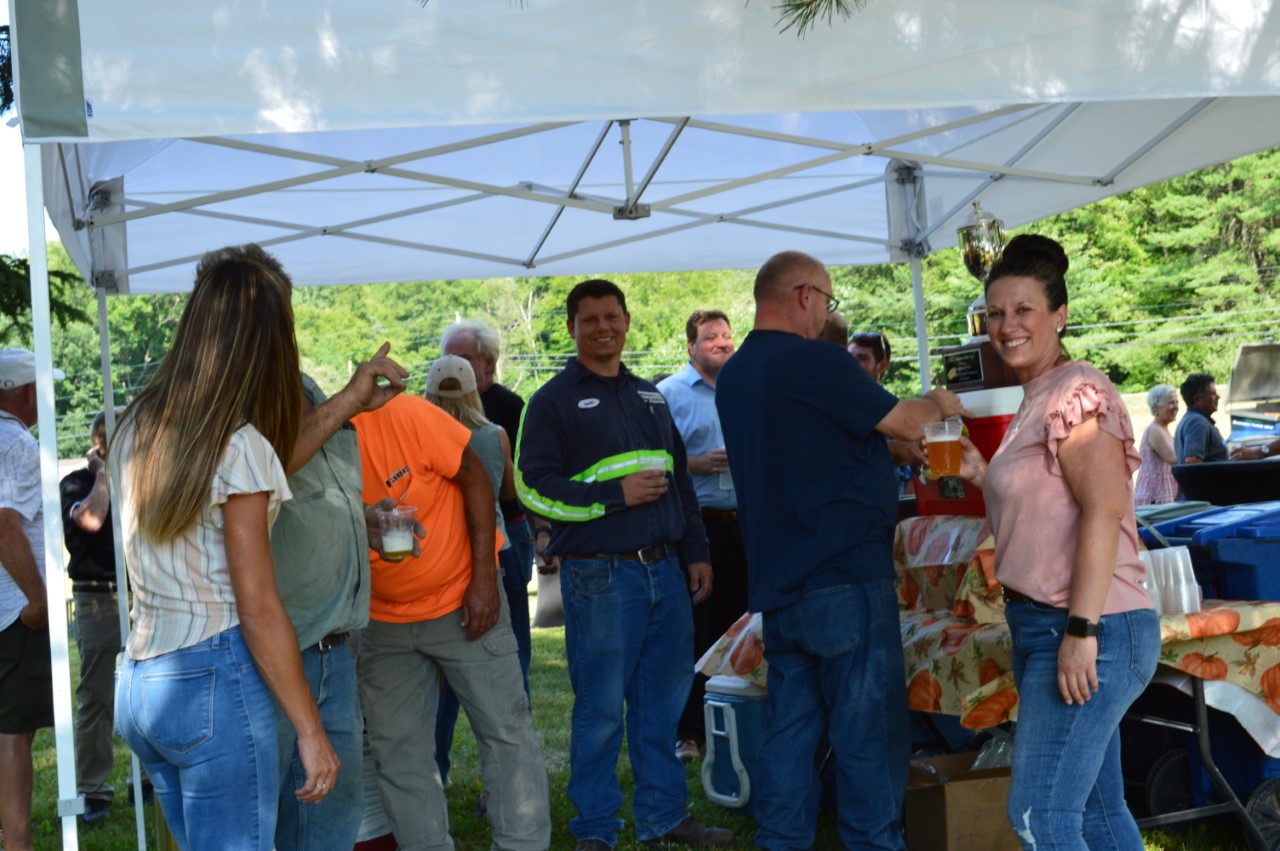 Wow the first gathering of the 2022 Burgers and Brew Tour was a great success. We were pleased to not only have  members and staff but we had about 15 local politician and two statewide candidates come to visit. Hats of to Mike Casella for bringing and operating the Official Casella Mobile Grill. He maintained grill master status while powering through a good downpour to make sure everyone was fed!! But it only rained about 15 minutes just enough to cool off. The AGC/VT board of directors had a board meeting and wanted to share with VIECA what results we heard during some candidate interviews.  First in was Chris Winters who is running for Secretary of State. He has spent the last 7 years working under Secretary of State Jim Condos who has also recently endorsed Chris’ candidacy. Chris said his goal should he be elected is to continue on the path of his predecessor and seek to only regulate when necessary but that the market should not be overburdened by administrative procedure. Recently the office had worked with us to keep commercial, licensed professionals and subcontractors out of a requirement to register with the state through a Residential Builder Registry system. Second in was Mike Pieciak who is currently serving as the Commissioner of Vermonts Department of Financial Regulation is seeking to replace the retiring State Treasurer Beth Pearce. He said the Treasurers job is to keep a sage hand on Vermonts finances and debt load to allow for lower interest rates when bonding and general health of the states economy. He said a primary focus which would “raise all ships” would be the creation of more housing such as the Scott administration had done in the past through a 30+ million housing bond. Last but not least we had Charity Clark in who is running for Attorney General to replace TJ Donovan who has resigned the post for the private sector. Charity served Donovan as Chief of Staff and Deputy Attorney General during her tenure with the office. She said she would continue to follow the path of her predecessor and would focus on some of her own initiatives including climate and women’s rights. A great discussion was had.
Stay tuned for more important updates about our incoming election. Start talking to your friends, family and coworkers about the upcoming primary election on August 9th. Many races will be decided during the primaries so get involved and learn about the candidates running. People in competitive primaries may share the same political parties but be very different in philosophy and policy ideas. If you have any questions or would like to talk about the upcoming elections please reach out to me at matt@vieca.org.