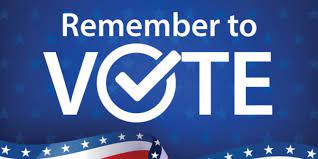 This Tuesday, August 9th is the Vermont primary election and I am writing this to remind everyone to get out and vote. Tuesday should be an exciting day as we will learn who will be advancing to the general election from the major parties. We have a very notable primary as our longtime Senator, Patrick Leahy, has decided to run which has now opened that seat up. Our current Congressman, Peter Welch, has decided to run for Leahys seat and is a favorite to win with almost no doubt despite having a primary challenger and general election to run. This open Congress seat has quite the race set up for the primary between Vermonts current Lieutenant Governor Molly Gray and Senate Pro Tem Becca Balint both Democrats. There are a few other candidates in the race but most believe the winner of the primary from the two I just mentioned will take the seat in the General election.  So AGC/VT and VIECA are reminding you to get out and vote. Remind your friends, families and coworkers the same. We believe this primary is critically important for many races not just the Congressional race. Many races in areas such as Burlington have only one party participating in the election because of the political nature of the areas so who is chose in the primary could walk into a seat without a General election challenger. What is important to remember is there is a huge amount of diversity in candidates policies and priorities even though they may be from the same party. So one may ask, how do I find out what those changes are??  First there are a few ways to definitely NOT try to get objecting information about candidates. First would be polling. We have all been hearing poll information for the past few weeks and they are not saying the same thing and their results are tied to the tactics they are using to gather information. Text polls, email polls and internet polls often have extremely small response rates and sometimes are targeted in particular areas. Other polls may be flawed in different ways. Editorials or general reports in any media are generally bad ways to learn about candidates because they are often subject to bias based on the editors political affiliation. Social media is probably the worst way to learn about a candidate as are most things on the platforms. The only exception to this would be a verified account that a candidate posts in personally. There are great ways to learn about candidates. First, you can talk to them! Give them a call or email that you are interested in their campaign and you will likely hear back particularly from a local candidate because they may be looking for you already. Ask them why they chose to run, what their priorities are and even how their background will benefit their position. You can also check out their websites simply by searching for their name and "for Vermont" and you will likely find their biography and policy positions. Another great way to learn about can learn about a candidate is to look at their candidate information listed with the Secretary of State by CLICKING HERE. At the Secretaries website you can download the candidate list which will have their contact information and a candidate disclosure which shows some of their income information which can give some insight into what they do for work, or have done in the past. It might be good to know if they've ever had a job or done some sort of service to their community. You can also find out who they affiliate with by looking up who is contributing to them or as Richard Wobby likes to know "are they doing business in Vermont?" with their campaign spending. You can look that information up HERE. But in reality what matters most is that you know who you want to see in office and get out and VOTE on Tuesday. If you are an employer consider letting people out a bit early (if possible) and encourage them to go vote. If you are able, find out who you can help like someone with transportation issues get to a polling place in your town.